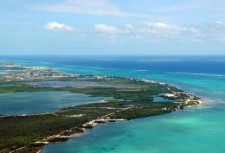 The Country of Belize has captured the attention of the World once again: Hilton Hotels. The country will be welcoming The Most Iconic Hilton brand of hotels and resorts on La Isla Bonita.

Ambergris Caye, Belize, June 24, 2016 (Newswire.com) - ​The Country of Belize has captured the attention of the World once again. From Leonardo Di Caprio’s Eco-Resort Project on Blackadore Caye to the new milestone in the country of Belize: Hilton Hotels. The country will be welcoming The Most Iconic Hilton brand of hotels and resorts on La Isla Bonita.

This is a historic event, Hilton is considered to be the largest and fastest growing hospitality companies in the World with more than 46,660 hotels and resorts in 102 countries is on its way to Belize. The alignment with the Hilton brand took place in Mahogany Village which is also known as the New Heart of the Caribbean which is located on the South Side of San Pedro, Ambergris Caye. With the partnership of Mahogany Bay and Hilton hotels and resorts, the 80 Million Dollar Project will be part of the legacy of unique upscale and luxury hotels that will appeal to many passionate travelers in search for a local yet breathtaking discovery.

Being constructed in Mahogany Bay Village, the resort will be composed of two hundred cottages, villas, sexy Miami Pool (which is a sunset beach with a half mile of pristine white sand). Mahogany’s growing village will be the home to 8 new entrepreneurial businesses. Beth Clifford for Mahogany Bay Village describes the whole scenario as authentic but with some modern touch. The coming of Hilton will showcase the greatness of Belize for the whole world to see.

According to the Minister of State, Trade and Commerce Tracy Panton, they have been talking about attracting World Class hotels and resorts to came to Belize. Hilton’s arrival to Belize will open many doors of possibility, especially in the countries Real Estate and Tourism Industries. An upscale company like Hilton attracts more Developers and Operators to Invest and Manage their Business in Belize. With numerous investors and tourists going in and out of the country, there is no doubt that it will also help the other Industries to grow such as the Finance, Agricultural, Commercial and Construction Industries.

From the improvement in Belize industries, Belizeans are the number one benefactor when it comes to the maturity their country is going through. With the arrival of developers, investors, and entrepreneurs to Belize there are expected to offer a lot of jobs to the citizens of Belize, which is a clear sign that the people of Belize will no longer have to go to different countries and cities for a stable job.

Hilton’s operation in Belize is a clear sign that the country is stable and mature and ready for development. This is proven by Juan Corvinos, who is the Worldwide Managing Development Director of Hilton from his statement that the country has an emerging popularity just by observing through its airlines. The country has flights from Houston Dallas, Miami and others. Thousands of people are coming into Belize airport daily.  Mr. Corvinos believes that having that amount of people visiting an area is an indication that the Government of Belize is doing a great job in stabilizing its tourism and real estate industry.