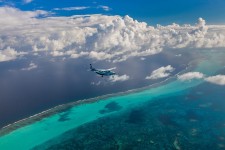 Hilton hotel has announced to the world that they now have their first ever hotel property in the country of Belize. With the help of the developers and the brand Curio, a collection of Hilton hotel, the 205- room hotel with a rustic-chic Belizean style hotel is now possible.

Ambergris Caye, Belize, August 30, 2016 (Newswire.com) - According to the tourism statistics for the year 2016, the population of the tourism for the first six months of the year is consistently going up. From the month of January to June, there is a great increase of 24% compared to the rate last year. Through the monitoring of the arrivals of tourists from January to June it has been reported to boost up to 213,430 in the extraordinary country of Belize. Hilton putting its foot down in Belize confirms that this really is a great improvement over the last year’s tourist increase in the country that could lead more known and big brands to Belize.

The well known luxury Hilton brands are already renowned for several beachfront resort in the Caribbean which offer luxury hotel, resort, and spa services to tourist and visitors. But recently, Hilton, which is a major hotel brand worldwide has already made a move to continue its legacy by expanding in the Caribbean with announcement of moving into Belize. This is a big opportunity not just for the brand to expand its name but, also to Belize to continue its consistent climbing tourism and industry.

Hilton hotel has announced to the world that they now have their first ever hotel property in the country of Belize. With the help of the developers and the brand Curio, a collection of Hilton hotel, the 205- room hotel with a rustic-chic Belizean style hotel is now possible. Their new hotel and resort property is located at the Mahogany Bay Village. Once their hotel becomes open to the country’s locals and tourists, it will be the 1st luxurious hotel in the country that is one of the known global brands. The local articles from Belize also stated positive responses from the great record breaking of the number of tourist coming in their country. This rated are reportedly coming from the southeast coast parts of Belize, southern Belize, and most especially in the west coast.

Industry stakeholders believe that this is a good sign that there will be a great increase of incoming luxury brands to Belize including the big brands. Belize is a country known for its jaw-dropping beaches and sceneries all over the world. Which is why, it is impossible for the big brands worldwide not to get attracted to this beautiful country and make a good investment. The PR and marketing manager in Belize stated that their team is doing their campaign in the country and a European marketing agreement that is covering their different regions. Hilton Worldwide is also impressed that they are also encouraging their local Belizean travelers to be a local traveler in their own country that means more chance of tourist increase in the opening Hilton Worldwide hotel and resort in Belize.